I believe music can inspire, give hope, make you cry, make you think, and a million other things. I want to start posting some music that I really think speak to the times we are in. As you know, I listen to everything so tune in every day, never know what you will get.

For our 19th song, in remembrance of 9/11, I chose I Miss You Daddy by DJ Sammy. I don’t care how many times I listen to this song, I cry every time.

We said we wouldn’t forget

Two planes flown into the towers

Evil had awakened the American power

Across the nation we displayed our flags

Every store sold out of all they had

Every town all across the land

We stood together, hand in hand

We stared in disbelief, we mourned

Years later we told those that weren’t born

Somewhere along the way we have forgotten

Instead of love, we hate more often

I stare at the news, angry and sad

When I watch them burning the flag

When they throw them on the ground

And I think I wish they could hear the sound

When those towers fell

I wish they could remember flight 93

“Let’s roll,” sacrificing their lives for you and me

I wish they remembered flight 77

189 lives lost when that plane became a weapon

We stood together, we chanted USA USA USA

But 19 years later we have somehow gone astray

I pray on this day we can come together again

When we take a moment of silence to remember when

I beg of you on this Patriot Day

When we watch those images replay

To remember what this nation can be

When we are united from sea to shining sea

Take a moment to remember, to reset

Because WE SAID WE WOULD NEVER FORGET 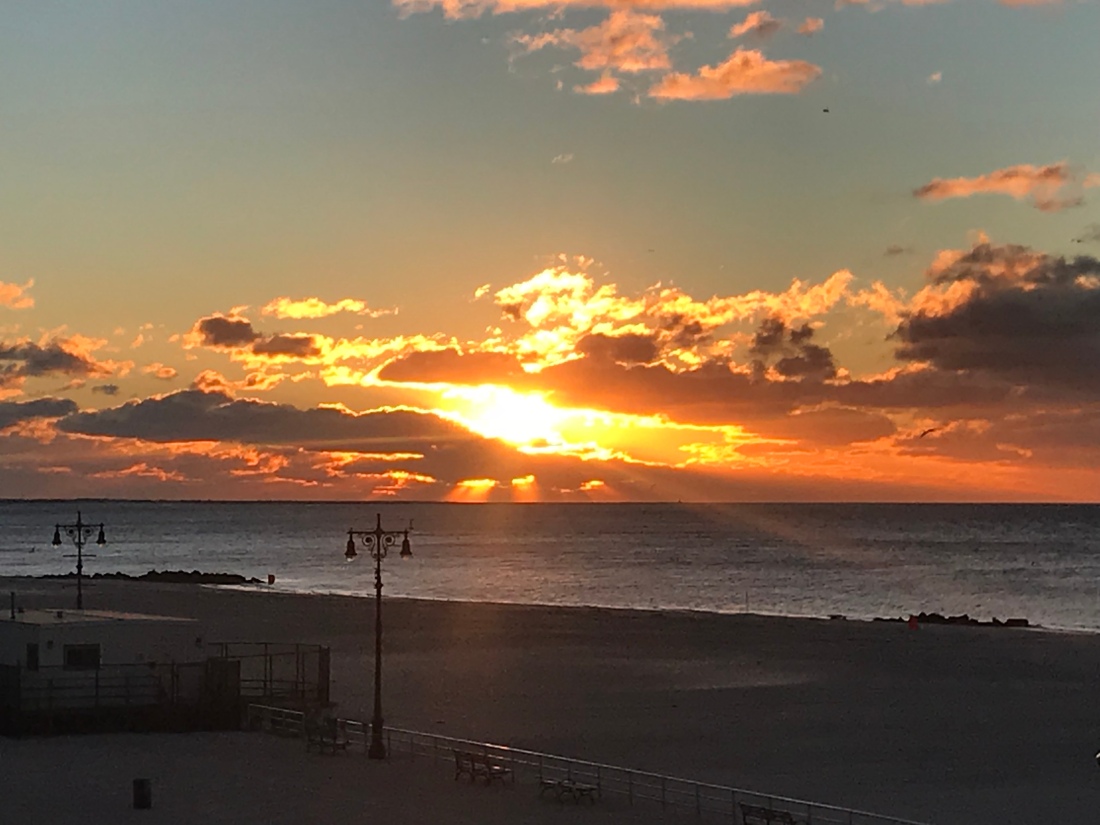 This morning, I took the subway to Coney Island. It was always your favorite place. The noises, the laughter and the screams. You always said the smells brought you back to your childhood. I looked out over the water as the sun was rising. My whole world shattered on this day eighteen years ago and all I could do now was take a deep breath, hold it for as long as I could and slowly exhale.

Eighteen years ago today. Sometimes it seems just like yesterday, other times it seems like a lifetime ago. What I wouldn’t give to have you back, to go back in time and keep you from going to work that day. How much different would my life, our life had been? Would it have changed that much? Life went on without you, even though I still don’t know if mine has completely.

Our kids are grown now. Eighteen years of memories, smiles and tears. I am a grandpa now, which means you would’ve been the best grandma. Sometimes when I hold her I can see you sitting in your old chair smiling. I can see you holding her like you held our daughter. You were the best mom. The best wife.

Eighteen years and we have survived, even if we are not whole since a piece of us is missing. Eighteen years of wishes and prayers that will never come true. 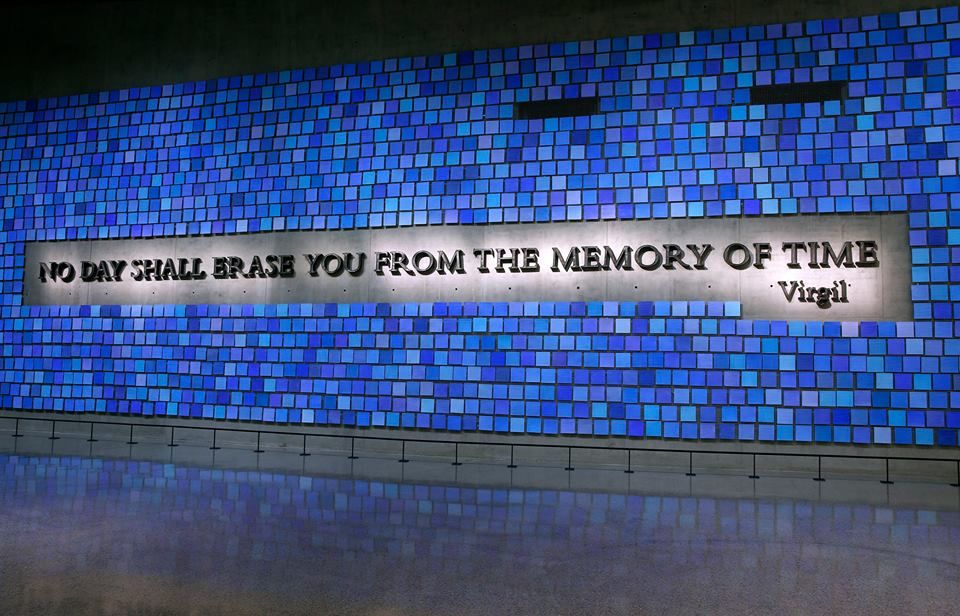 I think you would be really disappointed with our world now. Eighteen years later and the terrorists still hate America, maybe even more now. Eighteen years and we are still fighting the same war and I don’t even know what we are fighting for anymore. It seems hopeless. This world is a mess. Hate is rampant. Mass shootings every day it seems like. All those lives lost for nothing. It seems like most people have grown numb to it all and have given up hope.

Most of those times I will find comfort and hope in your old Bible that still sits on the table on your side of the bed. The answers are there in your favorite highlighted passages. 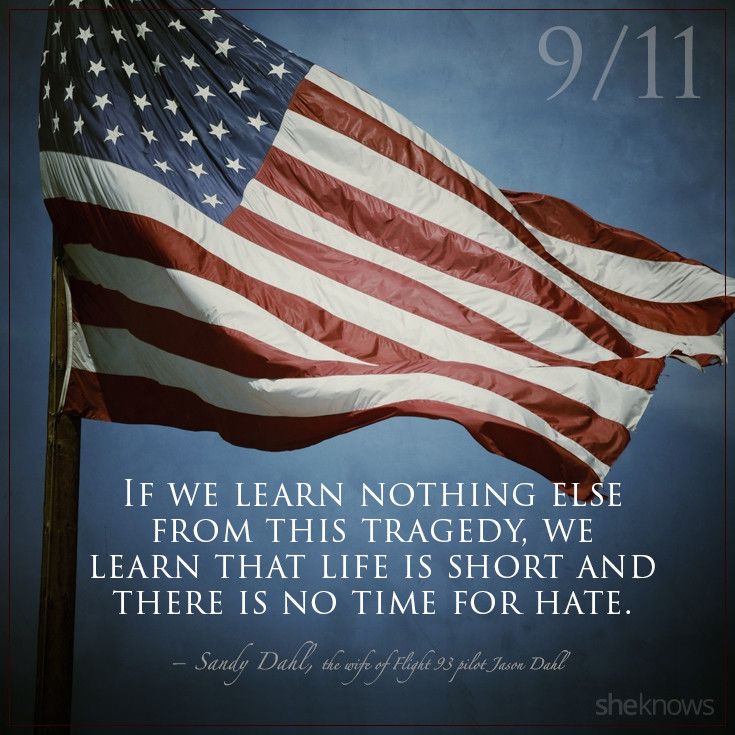 In a way I am happy for you that you aren’t here to see all this. But maybe if you were here you would be the one that would change it all. I know there is good out there. I know there are still good people in this world. We just need more of them to step up and do something. Change this world you so loved.

Anyway, most days I am good. Some days the wind will blow and caress my cheek and I feel like you are still here with me and I can’t help but smile. Other days, like today and even after all these years, I can’t stop crying and I have to stop and pick up the broken pieces of my heart and push on.

I can see you giving me that look now. I know, I know. You wouldn’t want me to be sad, but even a warrior has his moments when he isn’t so tough. But like a warrior, I will fight on another day.

So today, eighteen years after you left us, I still will not say goodbye. I will never say goodbye. How can I when, like on that day and all days when you left for work, I can still see you smiling at me, giving me a wink and saying love you hon, see ya later.

So babe, I love you just as much today as I did the first day we met and I will see ya later.

If you want to cry, listen to this first song, I tear up every single time I hear it. And it is a good story of how a child grows up without her dad she lost in 9/11

I Miss You Daddy-

If I Had Only Known by Reba McEntire-

Jersey On The Wall ( I’m Just Asking)  by  Tenille Townes-

Why God by Austin French –