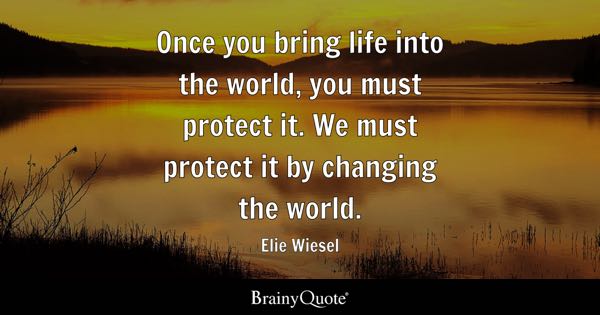 I had one job. Why they entrusted me with this job I had no idea. I’m not the most reliable person, but that is another story. Perhaps they thought I had a strength in me that even I did not know I had. Perhaps they secretly thought I would fail.

That was my one and only job.

As soon as I had put the the thoughts in my head that I could and would do it, the lies started. Do you really think you can do this? All others have failed, what makes you so special? Why would they even pick someone like you? All hail the king of double standards.

Then the fear followed shortly after. What if I can’t? What will happen to the world? Will everyone blame me? What will they do to me when I fail?

When I fail? A few moments ago I was thinking that I could not fail. How quickly the momentum shifted. It wasn’t even like I believed the lies and fears, but the crack had opened that made me not believe the truth, that I could protect this child.

In the end, it was a lot of pressure on my shoulders. I had to watch every move I made and every word I said. I had to not only teach love but show love. It became easier each and every day as I lived what I was taught and what I passed down to the child. It is a difficult world, one with a lot of jaded people. But, there are also a lot of good people. There is more hope and more love than I have ever seen before. There is light forcing its way into the cracks of darkness.

I could not let lies and fear win. It was my job to protect the child. Now the child must go out into the world.

Will you watch for the child and help when you see the child? Now it is in your hands. You, the world, must protect the child. It is time for us all to rise up and protect the last of the innocent.

Pick It Up by Luke Bryan –

Way Beyond Myself by Newsboys –

Safe In My Father’s Arms by Sanctus Real-

You Are The Reason by Calum Scott-