Big difference if you take out a word.

Why do bands break up? Egos, creative differences, age, family, money, or maybe they just give up. After trying for so many years to make it, they just give up. Get tired of trying. The lead singer could think they are better than the band and could do better on their own. If they are successful maybe they get addicted to success, or other things, that take them away from the main purpose they started the band for in the first place.

What about athletes? How many times have their been athletes that had a few good years with one team then their contract is up and they leave to go somewhere else for more money and they aren’t as successful. How many times has the team they had been so loyal to thought they were no longer good enough and traded them away? I have left my band before. I thought I would do better on my own. Why would I need these other guys when I can do it all myself. The problem ended up being even when I was a solo artist, I still couldn’t play all the instruments myself. I still had to have other members in my band, some I didn’t even like as much as the original members.

I have left my team before. I walked away to think the grass was greener on the other side. I was so much better than my team. It turned out my team was better after I left it. It turned out that maybe I was the problem.I have questioned my coaches decisions. I have demanded a trade when the team didn’t succeed. I have told the coach I was done.  I was the one that wanted to do whatever I wanted to do. I was so good I didn’t want to practice too hard. I was so good that I didn’t need to listen to my coach or my other teammates. I was so…

Of course these are just metaphors. I have never been in a band or been that great on a team. But I have gone through these things in my walk of faith. I thought I didn’t need anyone else, that I could do this on my own. I thought I could do whatever I wanted and not have any consequences. Instead of trying to take care of my yard, water it, fertilize it, spend time taking care of and helping it, I have gone to where the grass was greener. Only to have it turn brown and my old grass flourished without me. 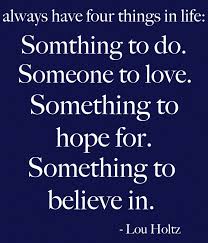 That is no longer me. I know I need my band members and my teammates. I know I need to spend the time nourishing the relationships I have now. I know I can’t do this on my own. I know I am only a single part of a bigger thing in my life. My walk with God is bigger than me. God will always be loyal to me. He will never trade me away. He may bench me if I fall out of line and that is the price I will pay to be on His team. I know I need to be benched sometimes and I know I have to do what is right for the good of the team to get my starting position back.  I also need you, my teammates, to pick me up when I fail, to encourage me when I am injured, to put me in line when I fall out, to give me advice when I need it.

I have a lead singer. I have a head coach. I love being in this band I am in. I love being on the team that I am on. I don’t have to be the star. I just need to do my part. The part that my coach, Jesus, has called me to do. I don’t have to be the whole team, God has given me and each of you a talent to help our team succeed and thrive. When we each listen to God and do our part, we will defeat our enemy. God doesn’t need us on His team, He WANTS us on His team. Will you quit being a free agent and come to our team? I guarantee no other team will win as many battles as our team will.

Hold My Hand by Hootie and the Blowfish –

So I Sang by Darius Rucker –

Give To Live by Sammy Hagar –

Me Without You by Jennifer Nettles –

Her Diamonds By Rob Thomas –

When I Look To The Sky by Train –

If You Could Only See by Tonic –

Carry On by Fun –

Nothing Without Love by Nate Ruess –

Only One by Scott Stapp –

He Reigns by Newsboys –

It’s Been Awhile by Staind –