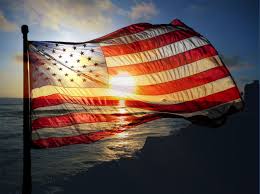 First and foremost I would like to thank all of our service men and women who have fought for our freedom. Who have given their time, their lives so that we can have the country that we have.

When I first started writing this I was going to go a different direction but God has lead me to make it more simple. I believe our country was founded on Christian beliefs. All men are created equal, we help those in need, we live in a morally correct way and treat others the way we want to be treated. Isaiah 1: 16-17 Wash and make yourselves clean. Take your evil deeds out of my sight;
stop doing wrong. Learn to do right; seek justice. Defend the oppressed.
Take up the cause of the fatherless; plead the case of the widow.

Our First Amendment rights to freedom of religion, speech, press, petition and assembly are under attack. We are free to believe or not to believe. We are free to be Christian, Catholic, Jewish, Muslim, or any other religion we want to participate in. We have the right to assemble, to gather and talk about our God. Neither the First Amendment nor the Constitution states seperation of church from state. With that being said, we, as Christians, are under attack and I don’t believe it will stop at just Christianity.

Why does one who doesn’t believe in God get to dictate those that do? I don’t ask them to pray in school if they don’t want to, I don’t ask them to take down their signs that say God doesn’t exist.  If that’s what you want to believe then so be it. Yet, anytime someone expresses their belief in God in public, we get shot down. Take for example a high school in Kountz, Texas. The cheerleaders made signs using scripture like Romans 8:31, “If God is for us, who can be against us,” to take a stand for God. A Freedom From Religion group in Wisconsin is suing claiming violation of the First Amendment. The First Amendment gives these cheerleaders, and everyone else, this right. So why can these anti-religious groups take away our rights to say we believe in God? Again I say no where does it state seperation of church and state in the First Amendment or in the Constitution.

In Poteet, Texas ONE person changed a 99-year tradition to pray both before and after a high school graduation ceremony. The valedictorian — an atheist — complained, a pro-separation group intervened and applied legal pressure. If ONE person can change a 99 year history, why can’t the rest of the people that want the prayer be allowed to keep it?

Why can we teach evolution in schools but not creation? If we are going to make everything equal then….

Many people are suing to take God out of the Pledge Of Allegiance. We, as citizens of the United States of America, have the right to say it just as much as these people have the right not to say it.

Atheists have tried, unsuccesfully, to take God off the currency.

The last poll taken in 2014 posted on May 12, 2015 by Pew Research shows 70.6% of America view themselves as Christian, while 7.1% are atheist or agnostic. Yet, the majority are having to change their lives because of the minority and because our court systems are ruling, in most cases, in favor of the minority.

When did we as a country start letting the minority dictate the majority and why? The majority have been silent for too long.

Whether you believe or don’t believe is your choice. Why are you trying to take away my rights?

106 out of the first 108 universities founded in America were Christian. Harvard, being the first, had its first rule in the student handbook :  “Let every student be plainly instructed and earnestly pressed to consider well, the main end of his life and studies is to know God and Jesus Christ, which is eternal life, John 17:3; and therefore to lay Jesus Christ as the only foundation for our children to follow the moral principles of the Ten Commandments.”

I believe our country has taken or is taking our freedom of religion away in order to create all men equal. If no one can say God, then everyone is equal. If we can’t say the Pledge of Allegiance in schools or have prayer before a football game, then we are all equal. Yet, you have taken away our rights of freedom of religion, speech and assembly.

Why stop there? If we are going to quit doing religious things in public to have everyone be treated equally then let’s call up the top 10% richest people in America and have them share their wealth with the other 90% of us so we can all be equal. Heck, let’s make every sporting event end in a tie so there are no winners or losers, just everyone being equal. I don’t believe when our founding fathers came up with all men are created equal that this is what they had in mind.

A government can not be all things to all people. When it tries, it will overextend itself and frustrate the freedom of its citizens.

On this Fourth of July, let us Christians speak up. Bring our country back to where it was, for what it was founded on. Our freedoms, religious, speech, and others are being taken away by the few. Stand together and let our voices be heard. I will pray that we will be the salt and the light. Will you stand with me?

Proverbs 28:2 When a country is rebellious, it has many rulers, but a ruler with discernment and knowledge maintains order.

Pledge of Allegiance by Lee Greenwood –

Heal Our Land by Michael Card –

Middle Of America by Will Hoge –

Answer To No One by Colt Ford –

Only In America by Brooks and Dunn –