What if Noah said thanks God, but no thanks. I am not interested in building this ark you want me to build.  It’ll take me 20-80 years (yes it is a wide range but from everything I have read- and there are many opinions-most say this is how long it took), not to mention all the food I have to bring on board. I have better things to do with my time. Can you imagine the cabin fever I will get God? The smell from all the animals? The ridicule, mocking, laughter I will receive by everyone that sees me making this ark to your exact specifications? It isn’t even raining, God. It hasn’t rained in a long time.

But Noah said yes, God, whatever you command.

What if David said thanks God, but no thanks. I am not interested in fighting Goliath. I mean seriously, have you seen how big he is? A bear, a lion, no problem. I am just a shepherd, not a warrior. All I have is a sling and some rocks. This guy will smash me.

But David said yes, God, I trust you will protect me.

What if Joshua said thanks God, but no thanks. I am not going to walk around the walls of Jericho for six days blowing only our trumpets and carrying the ark of the covenant. Then on the seventh day you seriously want me to walk around Jericho seven times, blowing our trumpets, then you just want us to yell? You know how everyone will look at us and laugh. Look at those fools, walking around blowing trumpets? Where are their swords and arrows? Do they not know how to fight? I will be called the worst general in history.

But Joshua did what God commanded.

What if Mary said thanks God, but no thanks. I am just a lowly woman from Nazareth. I have never been with a man. There is no way I will get pregnant. No God, this is not how I want to have my first child. I want to be married to Joseph first. I am happy here in Nazareth. Everyone will mock me and say I have disgraced Joseph. My entire family will be ridiculed and accused of something I did not do. All to have this child you want me to have? No thanks.

But Mary, said yes God. May your word to me be fulfilled.

What if Jesus said thanks God, but no thanks. You want me to leave my heavenly home, go to earth with all those sinners and be an example for them to follow. You want me to lead a sinless life,  to be beaten, ridiculed, laughed at, crucified, for these people? Yes, I know they are made in our image but they have not followed our commands and I don’t think they ever will. You want me to be the sacrifice for their sins? What did I do to deserve this?

But Jesus said yes God, let your will be done.

What if I said thanks God, but no thanks. God, I like it here in my box. I have nothing to say. No one, and I mean, no one will read what I write. Wouldn’t my time be better used spending time with my family or doing things I want to do? So what if a couple people end up reading them, I won’t have an impact on anyone’s lives? I will just be one of thousands upon thousands of bloggers.

But I said yes, God. I will write what you want me to write. I have been humbled by the comments I get from people that have read my posts and have said they have an impact. I have been completely amazed at how God has taken these words and sent them all over the world. I started in late May 2015 and have written 139 posts, counting this one. There have been 1455 visitors from 36 different countries. Maybe they just tune in for the music, maybe the words have changed one person’s life from a non-believer to a believer. I will probably never know but God knows. All because I said yes God.

I look forward to saying yes God more in 2016 because I fail miserably at times. I still hear Him saying go talk to that person and I don’t know why but my feet won’t move. I have a long way to go in my walk with God. I want to thank you for being part of that journey in 2015. I need to say yes more. Yes, God, whatever it is you want me to do today I will do.

Happy New Year and in 2016, let’s all say yes to God more often. We can change the world together. 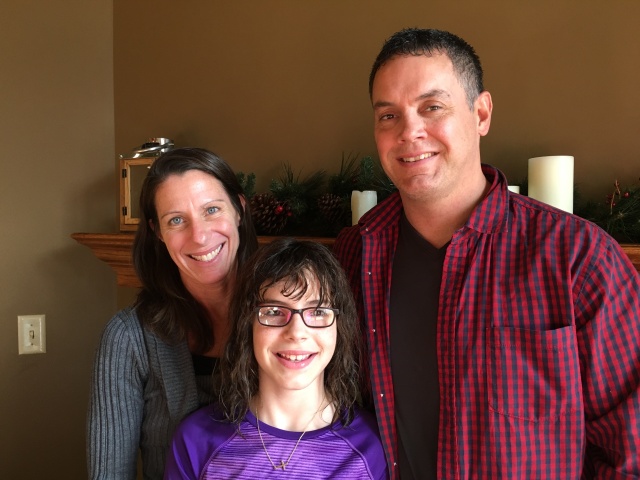 Ready Or Not by Britt Nicole –

Back To God by Randy Houser –

Because He’s God by Shane and Shane –

God In Me by The Daniel Doss Band –

God Believes In You by Warren Barfield –

Change Me God by Reilly –

Give God All You Got by Andrea Helms –

I Have Decided by Selah –

Trust In You by Lauren Daigle –