Martin Luther King Jr., Nikola Tesla, Thomas Edison, Henry Ford, Abraham Lincoln, Nelson Mandela, Gandhi, Isaac Newton, Mother Teresa, Rosa Parks, Marie Curie,  Jesus Christ and many more. All people who changed the world. I believe that there is one person out there right now that will turn our world around.

Have you heard of Clara Barton? She was a shy, timid child, afraid of strangers. At the age of fourteen she became a nurse. By the age of seventeen she was a schoolteacher with over forty students. She later founded the American Red Cross.

There are young girls at our church that are changing the world. Three sisters raised money to buy two cows for a village in Africa. There are other children that told relatives to not buy them presents for their birthdays but to donate money to the food container we shipped to that same village in Africa. A few years ago when my wife and I were going through some issues, our daughter would play Matthew 4:1-11 about Jesus not giving in to the devil’s temptations.

God will use you whether you are five or ninety-five. Are you open to hearing him? Age is not a restriction when it comes to doing good, doing the right thing.

Moses was not a good speaker. He was a murderer. He questioned God, but what if they don’t believe me, what if they don’t listen. Moses even asked God to send someone else. In the end, God used Moses, his strengths and his weaknesses, to further the kingdom of God. Exodus 4:1:13

What about Jonah? He told God no way, and ran away. Then God came to Jonah a second time and Jonah obeyed and spread the word of the Lord to the city of Nineveh, a very sinful city. Jonah 1-4

What about you? Is God telling you to do something and you are ignoring Him? Are you saying are you sure God, who am I to do this? Sorry God, I’m too busy right now, maybe later. Send someone else.

What about you? Are you the one that is keeping someone from doing what God wants them to do? Do you discourage instead of encourage? If someone came to you and said God wants me to…. what would you say?

God has given all of us abilities and talents. Some of us have five star talent, while others have one star. If you are a five star, are you helping the one stars get better? If you are a one star do you still do the most with the gifts that God has given you or do you give up, thinking you aren’t good enough? Michael Jordan cut from his middle school basketball team. What if he just gave up? Tom Brady drafted in the sixth round. What if he thought he wasn’t good enough to be a starting quarterback? Thomas Edison made 1,000 unsuccessful attempts at the light bulb before he was successful. What if he gave up after 999 failed attempts? It is easy to fall into bad habits and once you start, it is hard to quit. They say the more bad you do you can become numb to doing bad. It just becomes a way of life. God can step in and change that way of life. Look at Paul. A persecutor of Christians who became a Christian and spread the word himself. Can you imagine that?

Likewise, once you start doing good, it is hard to stop doing good. Once you get over the fear, which is a major inhibitor and which I had to overcome to start letting others read my words, and you take that first step toward God, and you keep going forward you will experience more of God’s intentions for your life.

I am speaking now to the younger generation. Because of technology you have more freedom and more opportunities at your finger tips to do good, or bad. Are you being a cyber-bully or are you using your social media sites to spread good? Are you constantly looking down on your devices or do you look up to see this great big, wonderful world God has made for you? Are you following the ways of your boyfriend or girlfriend or friends in general? Do you step up and say I won’t do that when they do bad, even if they make fun of you? Are you going with the flow or are you going against the norm? If you never attempt to do hard things, things that stretch, grow and strengthen you, then how do you know what you can become?

Are you being honest with yourself? Is how you spend your time now preparing you for the future? Are you just skating by, doing enough to make it? The choices you make today will prepare you to be the person you will be later on in life. Don’t let fear stop you. God is with you!

One person can change the world. Will it be you? 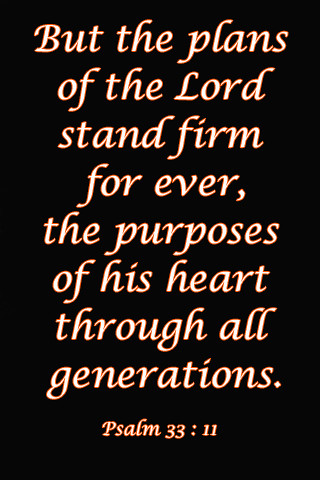 The Anthem by Jake Hamilton –

Can’t Shut Up by Anthem Lights –

We Are Brave by Veridia –

You Make Me Brave by Bethel Music –

Stand Up by Mike Tompkins –

What I Believe In by Marky Silvers –