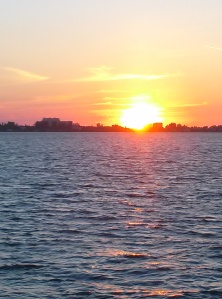 I’m an introvert. I don’t talk much. As long as I can remember I have never talked that much. I think there are many things that have lead to this. I don’t like the sound of my voice. I remember being in a group of friends and telling a joke and no one laughed, then 5 minutes later someone else would say the same joke and everyone would laugh. I remember as I became older talking to a group of people and talking about a tragic world event and getting the response “yeah that was bad”. Then 30 minutes later a new person would enter the group and talk about the same subject and now it turns into an hour debate. Maybe I just don’t think I have anything important to say. So I learned to be quiet.

I wrote quite a bit to get my thoughts out only to think no one wants to read these either and trash them.  I would write poems, short stories, etc. with the thought that I should write a book someday. I remember being 5 years old and wanting to write a book when I got older. I also wanted to play professional baseball. I always loved music, almost all of it whether it be country, rock or pop. I didn’t really get into christian music until 2004, when I met my future wife. I have always been a lyrics type of guy though, songs that I could understand and connect to the lyrics and music rather than the beat. I could work out or run to a slow song just as well as a fast song. To me it’s all about taking my mind somewhere else.

As I have grown in my faith over the last two years one thing that has kept coming to mind  is Matthew 28:19 “Therefore go and make disciples of all nations..”   How can I, an introvert, make disciples?? That very day I started to read my devotional for that day and it said when Jesus began teaching, He did not spread the Good News by word alone. The blind received sight, the lame walked, and the dead were raised- all to communicate  beyond words what the Good News meant.  I took this as a sign that I can make disciples by more than the spoken word, which I always felt needed to be done. I can spread the word through my writing. At that time I also heard God say quit throwing away everything I give you to write.

I listened. And I started to write, and write.  Within a few weeks I had 15 songs that I had written. I had an amazing singer and now I needed to get someone to write music. It would come in God’s time. More on this at a later time.

Where am I going with this? I am not a music critic but my experience has taught me I know music. Every season of the Voice and American Idol I always can pick 2-3 out of the top 3. This year I picked Jax to win American Idol, with Clark 2nd and Nick 3rd when they went to top 24.  So I got the order wrong but still had top 3. On the Voice when they got to final 20 I picked Sawyer to win, Meaghan 2nd and Joshua 3rd, and that’s how they finished. In past seasons I have picked Cassadee Pope, I liked her from Hey Monday, and Danielle Bradbery to win but I do have to admit I did not pick Tessanne Chin to win, I had her at 4th that year. Any music companies out there want to hire someone to find new talent?

What do I hope to accomplish by writing this? I pray that through my story some non-believers will turn into believers. I pray that my songs and Lily Messer’s voice will touch some lives and make a difference in them. I pray that you will open your heart, your mind, and your ears to different music and listen to the songs I choose. I will have songs most people know, songs you’ve never heard, some old songs and some new songs. I hope that the music will connect with you like it has me. I hope to get some lesser known bands more of a fan base. One thing I have never understood about the music business is why some bands/singers became huge and others that are just as good never make it out of the coffee shops.

If you are a non-believer I pray you stick with my story, that some of the songs will speak to you and something will  change inside you. Trust me, I will have a lot of songs on here that are not Christian. I believe God has given these artists a talent to be heard also.

Enough writing for today. There are 5 songs that I want to showcase today to get started.

Dear Daughter by Halestorm- I have been a big fan of Halestorm since their first cd. I have 4 daughters so this song lyrically hit me and Lzzy Hale voice, what can I say.

Fix Me by Icon For Hire- Even though they don’t want to be classified as a Christian band , the lyrics to this song very well could be. Positive lyrics with a beautiful voice.

In My Room by Thousand Foot Krutch-  the entire tone of this song is beautiful.

I Tried by We Are Harlot- I originally had another song here that I wanted to introduce but as God would have it, I needed it for a future post. This song is about trying, but sometimes it just doesn’t work.

Hey Sally  by Aranda – this song connected with me the first time I heard it. No matter how much you mess up, I pray someone will always have faith in you and be there to help you through it all.  New cd Not The Same out in 2015.

Lastly my church Westerville Christian Church is trying to raise $35k by June 15th,  2015  to send a container of food to a village in Zimbabwe that we sponsor. We did this 2.5 years ago and that container is now empty. If you would like to donate go to http://www.westerville-christian.org

Our first single should be out on itunes in next few weeks. Will update you when I know more. We are trying to raise 2K to get 5 song ep done. If you would like to donate pm me for details. For every $10 donation we will send you the cd when it is done.

Thank you for your support.