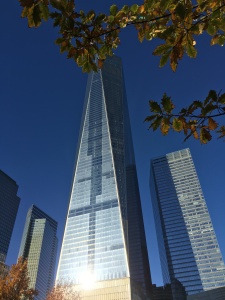 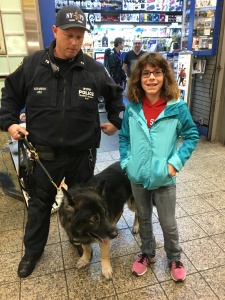 Today I will just talk about our trip. Tomorrow I will talk about the marathon. First I will say my legs were tired. A lot of walking. The subways were easier than I thought they would be. We didn’t get lost any. The only person we met that was rude was the subway ticket guy our first day. He asked how many rides do you want? I don’t know, there are four of us and we want to go to 9/11 Memorial which I know is where this train stops. He says it doesn’t matter where you are going, how many rides do you want? I don’t know I said, how many does it take? He says it depends on how many rides you want. At this point I thought about saying I didn’t know this was an amusement park but the Christian in me just smiled and said I guess two for each of us. He gives me a subway card with two rides on it. I said I need eight since there are four of us and he goes why didn’t you say that in the first place. Only thing I could do was smile and say have a nice day. I definitely recommend getting a NYC Pass if you go. For one fee you get to see over 80 sites instead of paying a small fortune to see them individually.

After that though everyone was friendly and helpful. If we had a question we would ask someone and they always pointed us in the right direction. Something my gps on the phone didn’t always do. When Kylie and I went to Madame Tussauds wax museum I knew about where it was from being in Times Square the night before. However, the gps had us go two blocks in the opposite direction before I realized we were going the wrong way. I should’ve realized it when we were walking away from Times Square but Kylie and I were talking and having fun and saw some other places along the way. 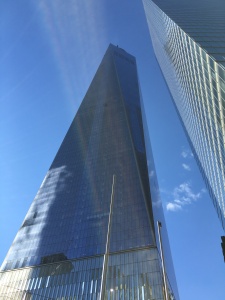 One of the most amazing things to see for me was the 9/11 Memorial and the new World Trade Centers. Just to be where of one of the most horrific events in America’s history happened. It was humbling to be in the spot where so many perished and so many were hurt, and to know God was there through all of it. To know so many were saved by the heroic efforts of so many firefighters, policeman, paramedics and everyone else that helped sort through the rubble and debris for hours on end. It was amazing to see how close St. Paul’s Cathedral is to the WTC and to know it wasn’t touched by the evil of that day but was instead used by so many to find comfort, rest, food, etc. during the clean up. I don’t know if this is intentional on the new WTC or if it was the way the light shined on it that day we were there or what but there is/was a cross on it that day. 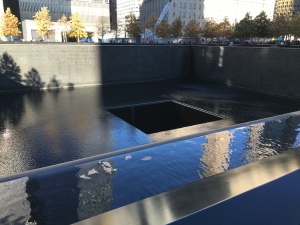 Our first day we went to the expo to pick up Kim’s race day packet. We then went to ground zero, Statute of Liberty from a distance, St. Paul’s Cathedral and Times Square that evening. 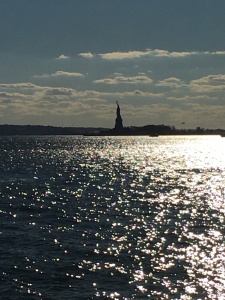 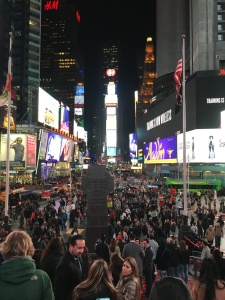 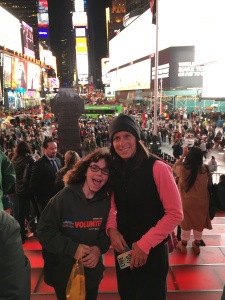 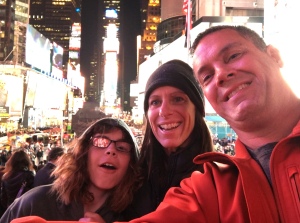 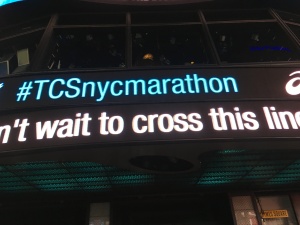 Our second day we were up early and went to the Empire State Building, road The Ride inside it, went to Rockefeller Center and Top of the Rock, St Patrick’s Cathedral and Central Park as a family. 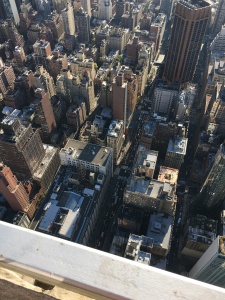 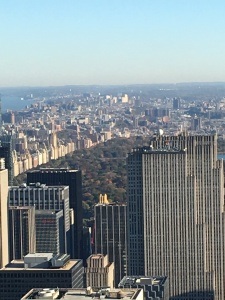 Then that evening while my mom rested and Kim rested for the marathon Kylie and I went back out by ourselves to Times Square and Madame Tussauds Wax Museum. 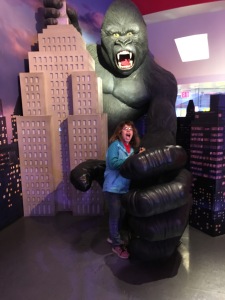 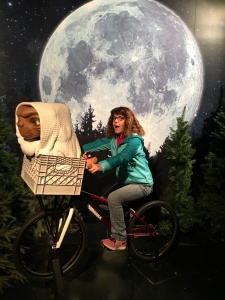 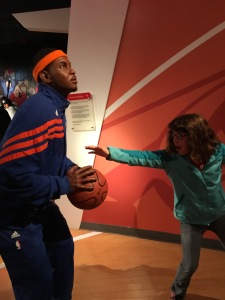 Sunday morning was race day for Kim so we had a lot of time to explore Central Park more while we waited for the runners. 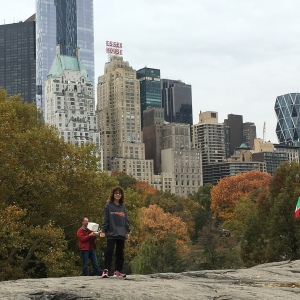 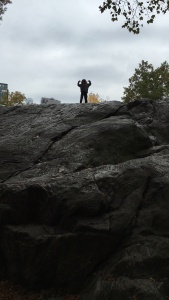 No music today but I will leave you with some more pics. 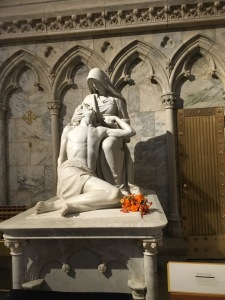 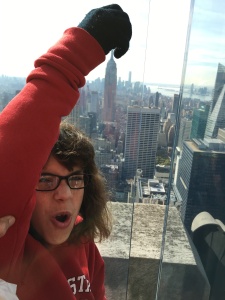 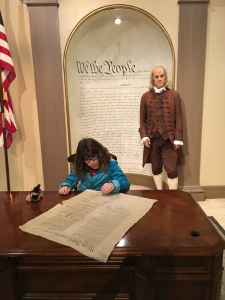