We rejoiced in another battle won. We have fought many over the last few months but this one was not only of joy but sorrow.  We lost many good men today, and I take the blame.  I am their leader and I did not lead well today. Something was wrong with me.

Looking back on my lifetime, I have fought many battles and I have never, not ever, not even once been nicked, scratched, cut or anything. I have walked away from all those battles unscathed. I have had men die, but they were far and few between. I have fought battles alone and never lost.  The enemy could not touch me.

Some say God must have His hand on me. Some say that I am extremely lucky.  I don’t believe in luck.

That all changed three days ago.

A few of my men and I were relaxing and drinking a few at the local bar. We parted ways and I started to go down an alley I had walked down hundreds of times. Immediately, the hairs on my arms and neck stood up. Something didn’t feel right. I drew my sword, prepared for battle. Two demons jumped from the shadows. I easily disposed of the first one. As I faced off against the second one, a thought came into my head. One that I never had before.

You can not win this one.

It came and was gone just as fast but it stopped me in my tracks. And in that second of delay, the demon swung his arm. I ducked but his long fingernails grazed my arm.  I came back at it with an uppercut and then my sword sliced through his neck.  His headless body fell at my feet and I was victorious again.

It was then I noticed I had been cut. My arm was bleeding.  For the first time in my life, I felt pain.

I fell asleep that night and woke in a cold sweat. Nightmares came to me and I could not escape them. I could not fall back asleep. My heart was beating out of my chest and my head was on fire. I tried to get out of bed but my legs would not cooperate. I fell to the floor. I stayed there until the morning light.

Morning came and it was like nothing had happened. I picked myself up off the floor. My heart was beating normal, the fever gone.  My strength was back.  I wondered if it had all been a nightmare. My imagination was running wild.

It was Wednesday. Drill day.  Every Wednesday when we were not in battle, my men and I had drill day. We went through the basic fundamentals of battle. Defense, offense, blocks, attacks, etc.  We also did obstacle runs and uphill runs to make us stronger, to have more endurance than our enemy.  I ran circles around my men. No one could ever keep up.  But today, I had nothing. Halfway through I dropped to my knees, out of breath. Out of energy.  What the heck?  My men teased me until they saw my face. I was pale as a ghost. I fell on my back and grabbed my cut arm. It felt like it was on fire. My heart was racing. My men picked me up and we walked back to town. What was going on?

Then I heard the voice again, you can not win this one.

You don’t know who I am,  I conquer everything and everyone, I replied to no one.

The next day we were attacked like we had never been attacked. So many demons. The battle lasted for two days and I made many mistakes. I could not think straight. I could not lead my men, I had no strength to do so.  I should’ve put my second in command to the front, to lead, but I was too proud. I kept telling myself I can get through this like I have so many other battles.  But this wasn’t like any other battle.  We won but we lost a lot of men.  A lot of good men and it’s all on me.

The fevers kept coming, my head was on fire.  My heart beat irregularly. I couldn’t catch my breath if I walked more than a minute. Yet, I was too stubborn to see the sorceress or the doctor.  Only weak people go to them. But yet, I could not shake what was happening to me.

You can not win this one.

I was getting sick of this voice. But I was getting more worried about the shape I was in. My people needed me, my town needed me. I had to give up and seek help. I could not do this on my own.  I went to the doctor and all their fancy machines, medicine, and spells. I listened closely, the rest of my life depended on what they told me I had to do.

I am slowly getting better, but I have let others lead my men to battle. I have taken a step back so I can take a few steps forward. It is a long road to recovery, but the doctors say I will make it.

I have come to realize that I am only a mortal man. A man who knows I can only be immortal when I pass this from this life to meet my maker. 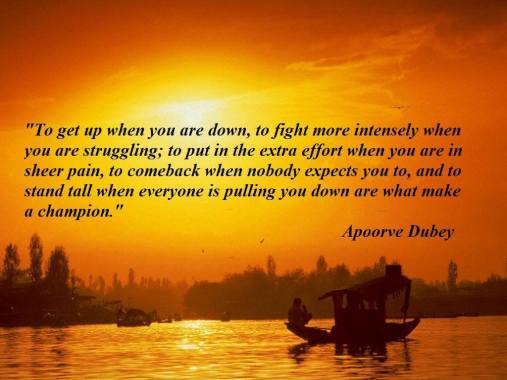 As I was writing part of this, I was listening to the new Building 429 cd and this song came on. Funny how God works.

Miracle Or Not by Alisa Turner –

More Than Gonna Make It by Alisa Turner –