Since she was gone and I had to cook and do dishes for three days, Kylie and I took the opportunity to not eat so healthy.

On Thursday night I made killer pizzas at Cucinova.  Kylie even did the dishes.

On Friday night, Kylie wanted to pig out so I was inspired by BW3’s and made mozarrella sticks, loaded nachos, buffalo wings, onion rings, a Wisconsin Cheese Curd hamburger with fries.  It was a pretty good dinner.  Kylie and I had a good conversation about life and school and all that.   Kylie even volunteered to do the dishes again. 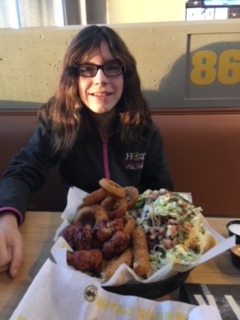 On Saturday night, we went to McKenzie River, a place I had never been to.

I meant I made dinner inspired by McKenzie River menu.  See, even have the menu on the table.  Our daughter from another mother came along,  Kylie’s BFF Brinley.  I meant she came over to the house while I cooked. She is like family.  Not much conversation with Kylie and I but it is always fun to just watch those two interact and laugh.

I made some really good chicken tenders, fries,  hamburger with pulled pork on it.  It was delicious.  Since Kylie had company, I did the dishes. 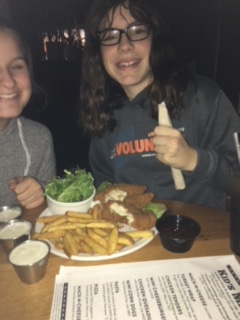 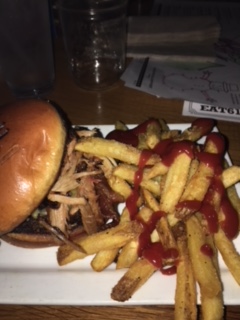 I hope to get back to writing today.  I have written some things but have not finished them yet.  Maybe I will reblog some old stuff in the mean time.  Been a busy week.

Bein’ A Dad by Chris Janson –

Daddies and Daughters by Kevin Fowler –

Diamonds and Daughters by Aaron Watson –